The  electromagnetic system helps to regenerate through the application of precisely controlled magnetic field pulses. The pulses stimulate tissues to repair themselves.  In its most general form the technique is often referred to as Pulsed Electro‐Magnetic Field (PEMF) therapy.

This technology has been shown to create axonal (nerve fiber) growth in culture and to double the rate of production of ECM (extracellular matrix (the connective structure between cells) in scientific studies.. New ongoing scientific work is underway to further validate the findings and to continue to improve the technology. 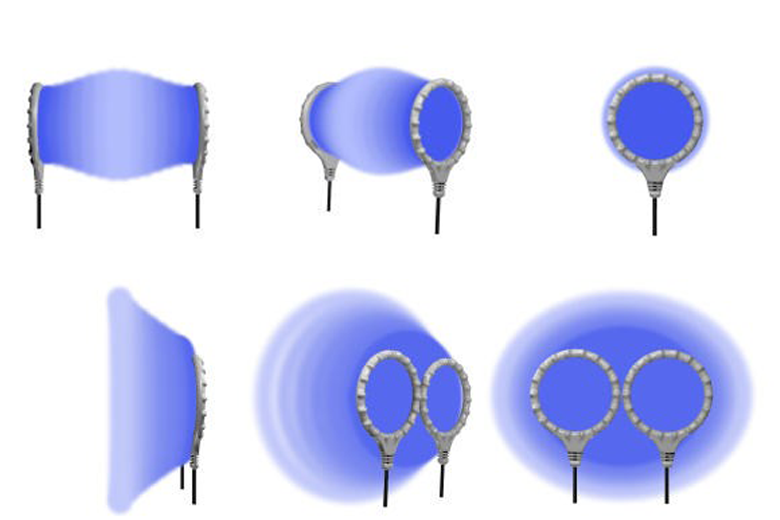 The electromagnetic stimulation device is based on known laws of classical physics from Maxwell’s equations, specifically Faraday’s Law of Induction, as well as both classical quantitative physiology of excitable tissues and modern theories on functional adaptation in musculoskeletal, cardiovascular, neurological and other structural tissues.

It is known that muscle and nerve tissues respond directly to electrical excitation by the trans-membrane cascade of ions; this results in the propagation of action potentials in nerves or in contraction in muscles. It is also hypothesized, that most structural tissues, especially bone, tendon, ligament, articular cartilage, and perhaps skin, respond to selective ion flow in the paracellular space between the cell membrane and the extracellular matrix (ECM) when the tissue is subjected to mechanical stress. This ion flow is the presumptive signal that initiates the cellular-level response leading to functional adaptation, repair, and regeneration of structural tissues.

The electromagnetic stimulation works by using Faraday’s law of induction which says that the first time derivative of the magnetic field is proportionally related to the induced electric field. It is this law that makes things work like electrical transformers, electric motors, and magnetic audio and video tape. Based on these known laws it has been calculated the type of magnetic field necessary to generate an induced electrical field in the paracellular space around each cell that is in the right range of amplitude and duration to elicit a cellular response. These calculations are based on classical physiology where amplitude is equal to Rheobase and duration is equal to Chronaxie.

There is an abundance of literature, at least 800 peer-reviewed papers, supporting the fact that electrical shock and electrical currents can induce significant acceleration of restoration in tissues. But the problem has always been (a) locating electrodes close enough to and properly placed to be stimulated electrically, and (b) the fact that free electrical current follows a random path of least resistance resembling a lightning bolt. A few cells directly in the path of the “lightening bolt” will be hyper-stimulated, while the other 99% of cells outside the “lightening bolt” receive essentially no stimulation.

Uniform cell stimulation
Roughly uniform magnetic field applied over a volume of tissue and then carefully controls the rapid changes in the magnetic field to induce the desired electrical field in that same volume of tissue. It therefore uniformly stimulates all cells in the affected volume with roughly equivalent electromotive force on the ions in the paracellular and paranuclear spaces. This uniform stimulation thereby emulates the effects of mechanical stress on the tissues (that presumably signal by ion flux in the paracellular space and through voids and conduits in the ECM). The very significant difference between the electromagnetic system and electrical stimulation in general is in the uniformity of the stimulation: unlike electrical stimulation there is no “lightning bolt” path of hyper stimulated cells. Instead, all cells in the affected volume receive a nearly uniform level of stimulation, just as they would during mechanical stress from the environment. .

Tissue subjected to minimum stress
electromagnetic stimulation brings ion flow from a simulated mechanical stress without actually applying mechanical stress, the tissue does not get subjected to additional stresses. With severely damaged tissue even low levels of additional stress can be counter productive. Also, with damaged tissues the mechanisms for conducting mechanical stress in a helpful way to elicit the functional adaptive response have often been disrupted. It is believed this is why some serious injuries are refractory to recovery: they are no longer capable of supporting the mechanical stress field necessary to evoke an adaptive regenerative response at the cellular level. It is possible that the thresholds for these responses also increase with age, making it more difficult to evoke adaptive regeneration with increasing age beyond maturity. It delivers a simulated paracellular ion flux response as though the tissue were intact and healthy, even if the tissue is badly damaged.

Safe, low-power system
The electromagnetic stimulation emits very low levels of power because the induction-coupled system is uniform and well controlled in the volume of tissue to be stimulated. It has been optimized to provide optimum stimulation effect at low power output levels. In fact, its output is only about 350 milliwatts or about a third of the power of a typical cell phone.

Pulse output tuned to be truly effective
right calculation and tuning of the magnetic pulses to induce electrical fields that make sense physiologically to the cells being stimulated. The pulse amplitude and duration are carefully selected based on Rheobase and Chronaxie measurements mentioned above, and the repeating patterns of these pulses are selected based upon known motor-neuron stimulation patterns for musculoskeletal tissues. Both fast-twitch (power) and slow-twitch (postural) muscular activity are emulated.

The website contains no medical advice. All statements and opinions provided by the website are for educational and informational purposes. ||The treatment centres associated with Revita lifesciences provide surgical procedure only and are not involved in use or manufacture of any investigational drug ||Revita does not claim that any application or potential application, using autologous stem cells are approved by the FDA. We do not claim that these procedures work for any listed nor unlisted condition, intended or implied.||It’s important for potential patients to do their own research based on the options we present so that one can make an informed decision. Any decision to participate in experimental protocol is completely voluntary ||